After years of dealing with Shelley Lubben, the justice system in California's Tulare County shows no confidence in the veracity of the scandal-plagued anti-porn crusader


Porterville, Calif. -- In Tulare County Superior Court, Wed. February 28, 2018, the suspicious criminal cases against Garrett Lubben, straight-laced husband of his disgraced accuser, Shelley Lubben, were finally laid to rest -- some 2 1/2 years after they were raised.

All charges that Garrett Lubben committed or even threatened any act of violence against Shelley Lubben were withdrawn. 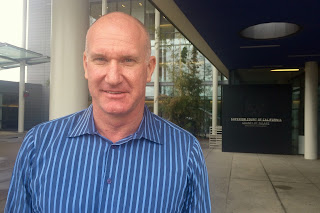 In 2015, Garrett, 43, and Shelley Lubben, 47, put their Bakersfield McMansion up for sale and Shelley moved way out in the country, to Springville, in California's Tulare County, while Garrett remained in Bakersfield so that the couple's youngest daughter wouldn't have to change schools.

Garrett's hope was that the new surroundings would help Shelley cut back on her immense daily alcohol and prescription drug consumption. However, when Garrett came to visit, he found the residence littered with empty wine bottles, and additional pill bottles.

During a visit on September 8, 2015, Garrett was arrested for alleged domestic violence by Tulare County Sheriffs on the basis of a 911 call from Shelley. Garrett was charged with Infliction of Corporal Injury on a Spouse/Cohabitant -- a charge which is demonstrably out of character for the notably even-tempered businessman.

He bailed out early the following day.

Then on October 8 of that year, the Tulare County Sheriffs were dispatched once again to the Lubben homestead, and Garrett was carted off with a puzzling new charge: resisting arrest.

A handwritten statement by Shelley Lubben, signed under penalty of perjury on November 5, 2015, casts light on the events of September 8.

Shelley stated that the incident was not an instance of domestic violence, but constituted at most "a disturbance of the peace between two spouses." 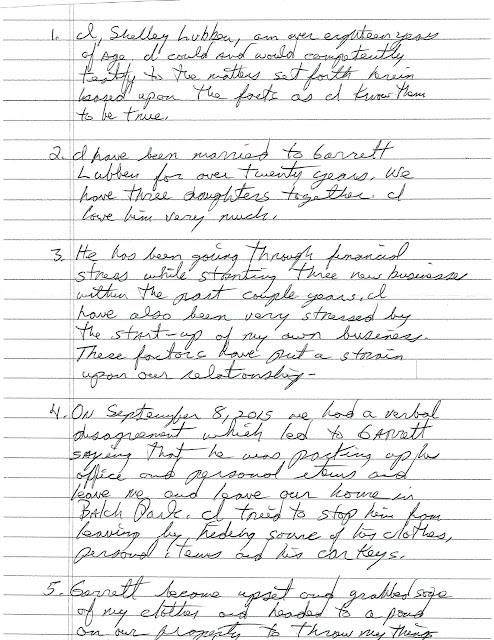 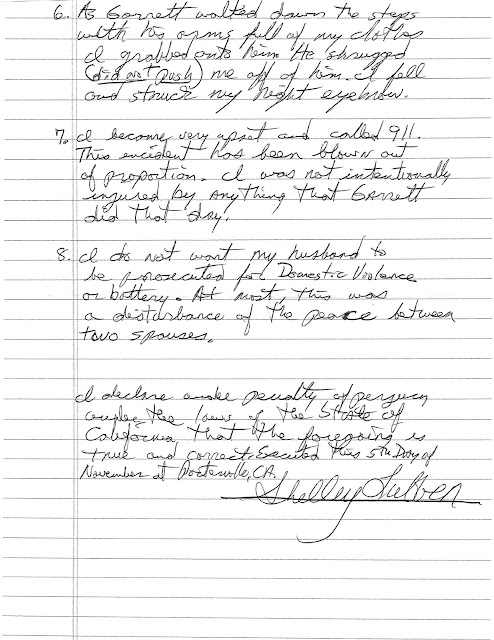 On Oct. 13, 2015, five days after being arrested a second time at Shelley's "Ranch", Garrett filed for a legal separation in Bakersfield.

On March 14, Garrett amended his petition to Dissolution of Marriage (divorce), and on March 24
proof was filed in Bakersfield that Shelley had been served with Garrett's divorce papers. 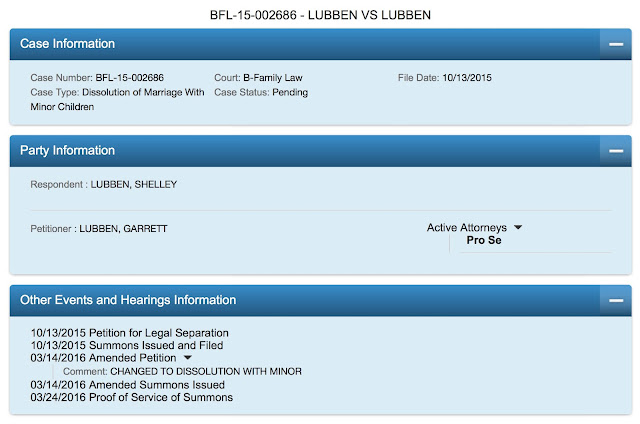 On May 5, 2016, approximately one week after Garrett blocked her calls and texts (which had vacillated between the two running themes of "let's work it out and be together" and "I'm gonna get you and make you pay!"), a disgruntled Shelley approached the Tulare Sheriffs with an accusation that Garrett had attempted to bribe her.  Her "evidence" of felony bribery was a couple of iPhone video clips directed and filmed by Shelley on Halloween 2015 as part of the couple's separation/divorce negotiations.

However, in February 2017, following hysterical testimony from Shelley, Judge Michael B. Sheltzer ruled that the video clips did NOT show an attempt to bribe Mrs. Lubben and all charges were dismissed.

As we have pointed out on this site, whilst the Domestic Battery accusation rested on Mrs. Lubben's credibility, the charge of Resisting Arrest under Calif. Penal Code section 148(a)(1) was not dependent upon her word and would require actual trial testimony and presentation of evidence to unravel.

In other words, there would be no plea arrangements, and an expensive criminal trial would be required for this non-violent misdemeanor, conviction of which usually results in a fine "not exceeding one thousand dollars".

The only question was, what to do with the dubious DV charge.

Having been informed by counsel that Mr. Lubben, who has steadfastly maintained his innocence, would never plea to any aggressive or assaultive crime against Shelley, the District Attorney's office dug out a law originally promulgated in 1872 under which to charge him: California Penal Code Section 415(2).

CRIMES AGAINST THE PUBLIC PEACE

The amended charge of Disturbing the Peace reflects the version of events laid out in the exculpatory handwritten statement by Shelley Lubben.

Having loudly called his manipulative, cheating wife an "evil" woman on the day in question, Garrett found himself agreeable to accepting the arcane charge, on the further condition that Shelley Lubben could not be present at the time of his plea "to play victim".

The District Attorney's office, which by now has had quite enough of Shelley Lubben, agreed.

And so, Garrett Lubben pleaded to the minor, non-assaultive misdemeanors of making a loud noise, as well as resisting arrest. He was sentenced to time served for the hours he spent in jail before bailing out, and given probation.

2015: The year Shelley Lubben discovered the power of 911

As revealed here, in 2015 Shelley had begun a fling with her "ranch foreman", a former dishwasher from Bakersfield named Joseph Valley (then aged 26). 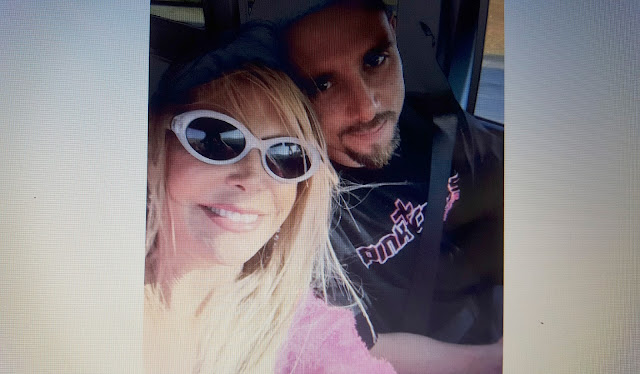 But then Shelley phoned in a domestic violence case on him, too!

On Christmas Eve 2015 (incidentally, also Valley's 26th birthday), the bleach-blonde Mrs. Robinson wanna-be dialed 911 about an attack at the Springville ranch property her husband had purchased.

The Tulare County sheriffs took Joe Valley into custody, and he was booked on early Christmas morning. 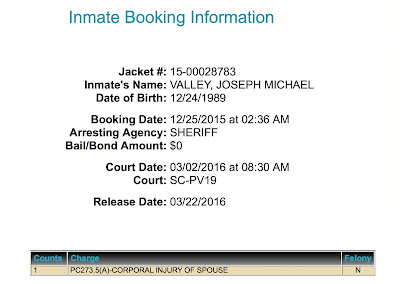 Valley, who had been living in his Jeep until Mrs. Lubben beckoned to join her atop the mountain, was unable to pay his bond, and remained in jail until trial.

Here is the felony criminal complaint against Joseph Valley, which was filed by the District Attorney on December 29: 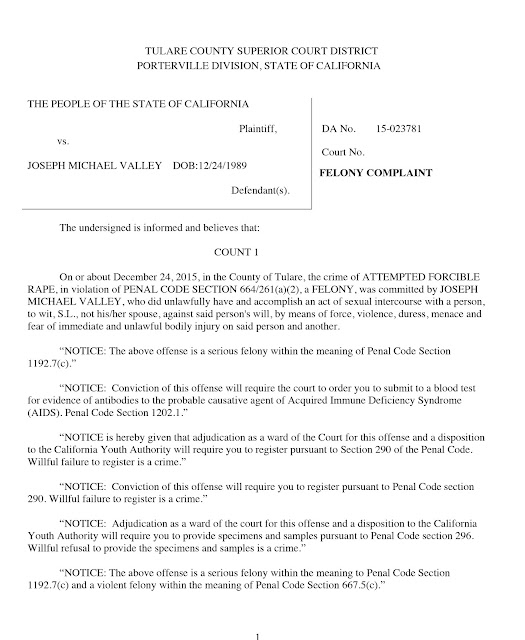 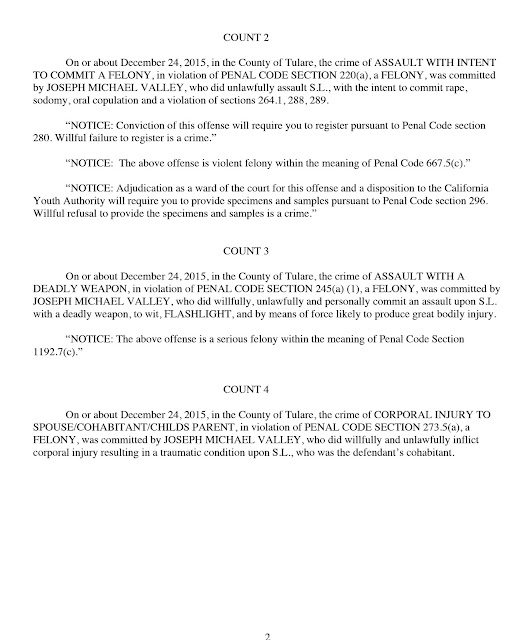 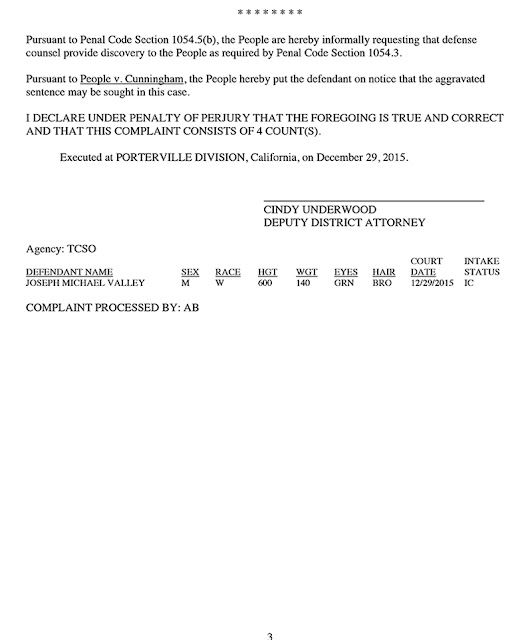 Now, rape and assault with a deadly weapon are no laughing matter. Yet, according to a spokesman for the Tulare County Superior Court, Valley was able to "plead to one count, while the others were dismissed." Surely DNA evidence would point to Valley. Did Shelley Lubben change her story?

His charge of domestic battery suddenly lowered to misdemeanor-level, Valley was sentenced to 90 days in jail, with credit for time served, given probation, and released on March 22, 2016.

By then, Garrett had already refused Shelley's numerous pleas for a second chance, and filed for divorce... setting the stage for a Lubben-Valley reunion.

Then, on June 26, 2016, Joe Valley was arrested for the crime of Possession of a Controlled Substance after being found to have a quantity of Alprazolam, a drug marketed under the name Xanax, without a prescription. 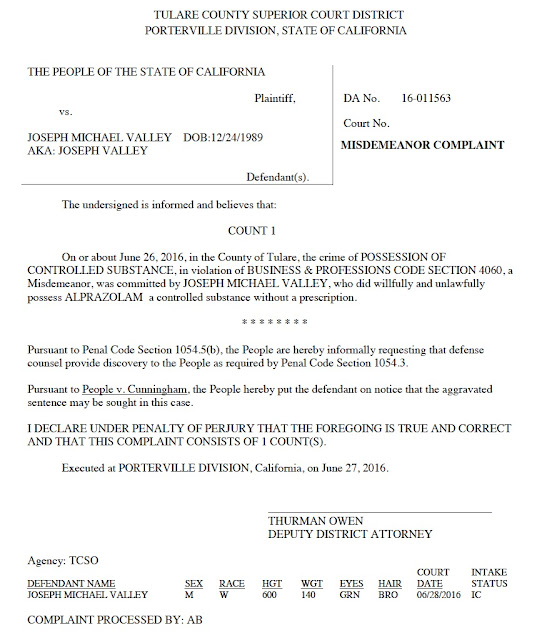 Where would Joe Valley obtain Xanax without a prescription? According to Joe's mother, Christina Valley, he got the pills from Shelley Lubben.

This narrative corresponds with Garrett Lubben's recollection as well: in August 2015, when Garrett visited the ranch property in Springville that he then co-owned, he personally saw bottles of Xanax at Shelley's residence that she had purchased in Mexico. He has never known Shelley to hold a valid prescription for Xanax.

These drugs were alluded to in Garrett's affidavit in support of a restraining order he sought in July 2016 to protect himself and his daughters from Shelley.

Even though he had moved back in with Shelley following his release from jail in March 2016, and she regularly posted photos of the couple out and about, taking road trips to Las Vegas, and even at a polling place on Election Day 2016, there was a criminal protective order -- a stay away order -- in place that legally prevented him from being around her.

At risk to Joe's freedom, the couple ignored the order. Something Joe said or did must have provoked Shelley's ire on April 13, and Joe was again taken into custody. 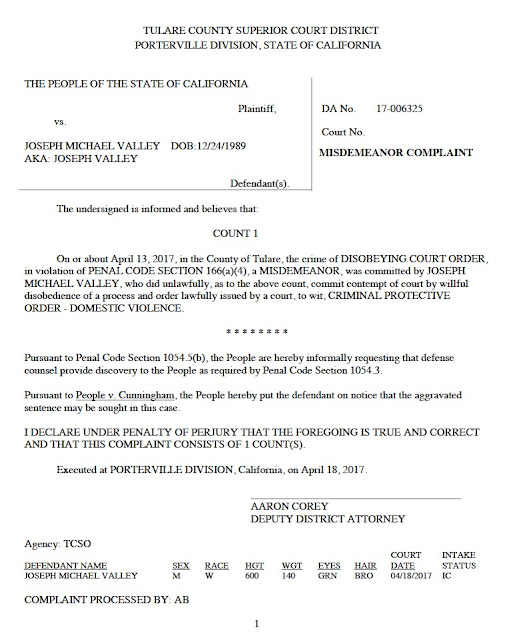 Valley was eventually released and moved back in to the Lubben Ranch.

But that November, he was arrested on the property after allegedly striking and killing a cyclist on the way home to the ranch, while intoxicated.

Valley is currently being held on $145,000 bail as he awaits trial for Gross Vehicular Manslaughter while Intoxicated, and fleeing the scene of the hit-and-run collision.

Posted by Michael Whiteacre at 2:11 PM