Shelley Lubben Discovers The Power of 911, Uses It Against Husband/Pink Cross Co-Founder


Earlier this year, Garrett and Shelley Lubben purchased a new residential property way out in the country: Springville, in California's Tulare County. 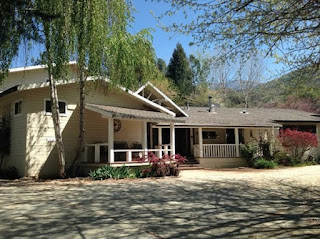 As Shelley's anti-porn nonprofit Pink Cross Foundation has continually been questioned and criticized by Michael Whiteacre and others, the Lubbens downsized and lowered their profile, but trouble still followed them.
On September 8, 2015, Garrett, who was recently ordained and joined his wife in ministry, was taken into custody at their new home following Shelley's claim of domestic violence, and charged with Infliction of Corporal Injury on a Spouse/Cohabitant. He bailed out the following day. 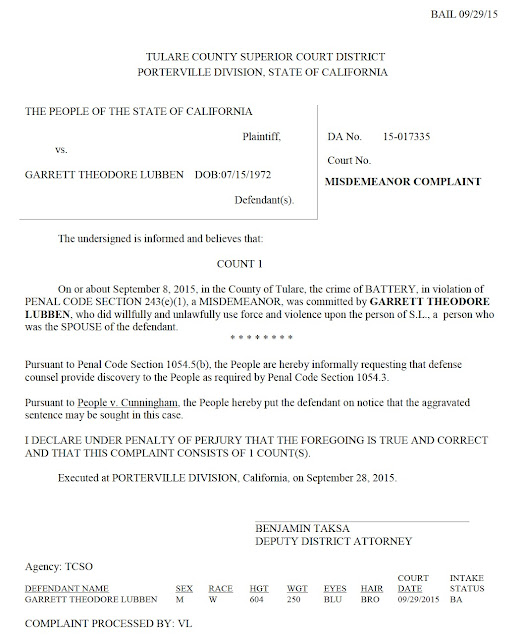 Even as a critic of the Lubbens, it’s hard to imagine the even-tempred Garrett Lubben I've met doing such a thing. Also, for years we’ve heard Shelley refer to him as “Mr. Wonderful” and “a godly man”. He was certainly willing to dutifully back (and enable) her all these years:

Something is definitely wrong with this picture.

Then, on October 8 of this year, the Tulare County Sheriffs were dispatched once again to the Lubben homestead, and Garrett was carted off with a fresh set of charges: disobeying a domestic relations court order (regarding the Sept 8 domestic violence charge), and resisting arrest. 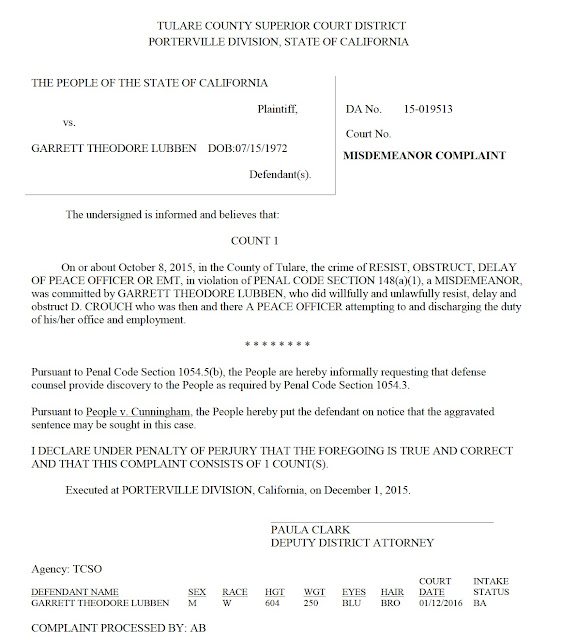 Perhaps this helps explain why the couple had been so eager to sell their previous home in Bakersfield at a discounted price (they finally sold it in December). 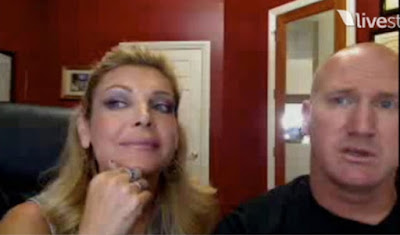 Born on July 15, 1972, Garrett Theodore Lubben graduated Ontario Christian High School in 1990. At the time he met Shelley, in the 1990s, she was a heavy partier and he was using and selling methamphetamine in and around Chino, Calif. Beginning with a stint in the U.S. Army, he turned his life around and became a successful businessman and devoted father.
Lubben’s father Glenn, now deceased, had reportedly also been a pastor, but “fell to sexual sin”, Shelley has said.
Garrett Lubben was arraigned on November 3 for the September domestic violence charge in the Porterville division of the Tulare County Superior Court. The case # is PCM324571. His pre-trial date is January 26, and his trial date is set for January 28.
He has yet to be arraigned on the charge of Obstructing/Resisting a Public Officer.
Paperwork from the Court should be available very soon, and we will publish it as it comes in. We look forward to covering this case in depth. 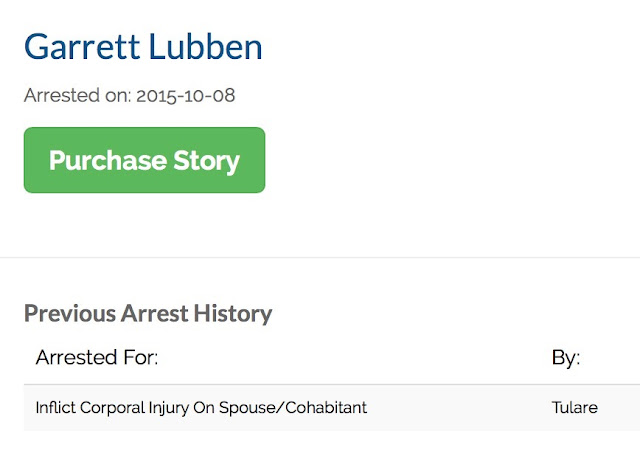 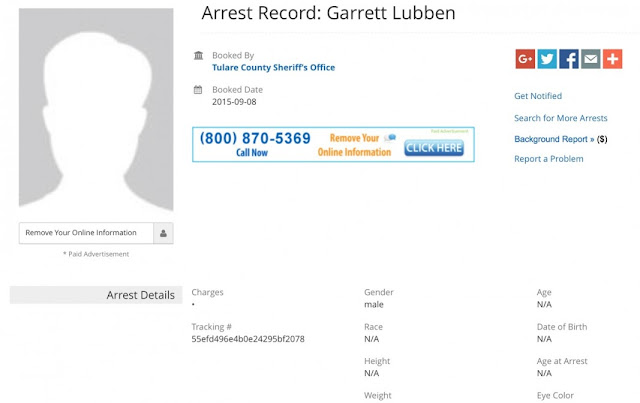 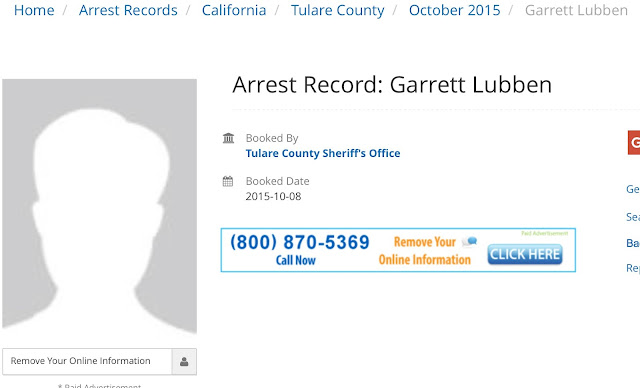 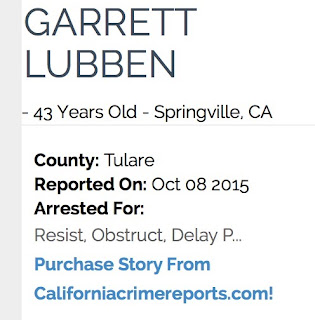 Posted by Michael Whiteacre at 10:02 AM No comments: Links to this post