Joseph Michael Valley, the boyfriend of disgraced anti-porn crusader Shelley Lubben, was given a state prison sentence of 11 years for Gross Vehicular Manslaughter While Intoxicated and Leaving the Scene of an Accident.


Shelley Lubben, who stormed out of Valley's Sept 28 court hearing as soon as her "toxic relationship" with him -- which had been marked by substance abuse and domestic violence -- was raised, did not bother to attend her lover's sentencing, Friday.

Eyewitnesses confirm that after leaving the courthouse on Sept 28, where Valley stood condemned due to a devastating death caused by drinking, Shelley Lubben, her local gal pal, and their friend Taz Graves retired to The Antlers Roadhouse for drinks.

The Antlers being the same spot where Joe Valley drank before his car plowed into Mr. Munguia an the way home to the house he shared with Lubben.


Valley's mother did attend court today -- as well as other individuals believed to be Joe Valley's family members who cursed at Munguia's family in the courthouse parking lot after the hearing. 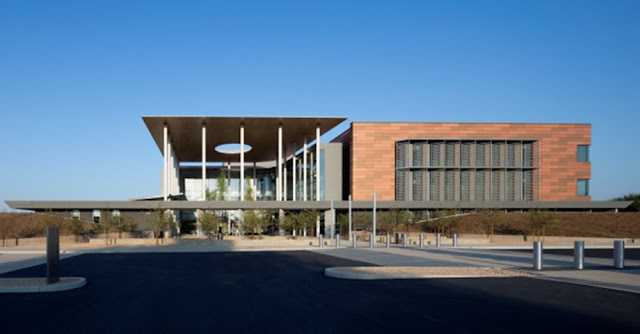 “Whenever a life is lost to the selfish choices of a drunk driver, the community as a whole feels both anger and fear that they could become the next innocent victim on their way to work, school, or while enjoying a quiet bike ride,” said Assistant District Attorney David Alavezos. “The sentence handed down by the court will not bring back the life lost, and the defendant will continue his own existence, but for now that existence will be behind prison walls.”

Valley recently changed his plea from Not Guilty in the hit-and-run drunk driving death of Mr. Munguia, to a plea of No Contest. His new plea accepted by the court, he stood convicted of Gross Vehicular Manslaughter While Intoxicated and Leaving the Scene of an Accident, but awaiting sentence.

At the time Valley's new plea was accepted,  Judge Michael B. Sheltzer indicated that a nine-year prison sentence would be in order, subject to modification by the presence of any mitigating or aggravating factors in the case.

Judge Sheltzer is the same judge who dismissed Shelley Lubben's trumped up charges against her ex-husband, Garrett, in February 2017. 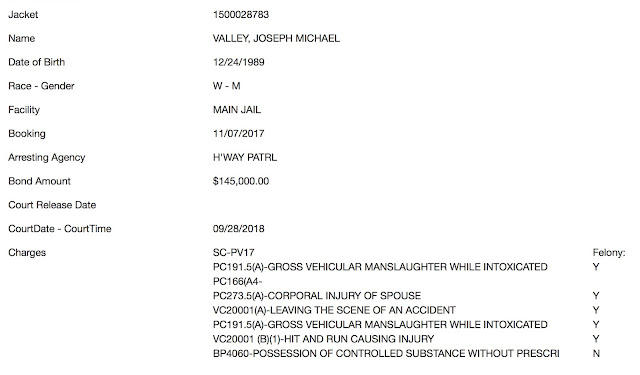 Valley's Sept 28 court appearance had been slated as a sentencing hearing, so the family of the victim were in attendance with written Impact Statements to be read into the record. However, Joe Valley's Public Defender asked the court if Valley could read a short statement first, and the judge permitted it.

Looking pale but composed, Valley apologized for his actions, and claimed that the day he ran down Mr. Munguia was a "blur" to him.

Valley's apology was not accepted by the members of Munguia's family, including his wife of 30 years and his younger brother. Their heartbreaking statements moved many in the courtroom to tears, but it was something the victim's brother said that generated a most unusual reaction in the room.

Addressing Valley directly, the moment the victim's brother mentioned Valley's "toxic relationship" with Shelley Lubben which had been marked by substance abuse and domestic violence, Lubben stood up and dragged her two companions out of the courtroom, never to return.

Having ostensibly come to learn her boyfriend's fate, Lubben instead fled when her name came up in a negative light -- without learning Valley's fate.

Following the family's statements on Sept 28, which were added into the court record, Judge Sheltzer announced that he would need time to consider the fact that there had been no mitigating factors in the case but several aggravating ones: Valley was on probation at the time of the crash; his probation performance "had been unsatisfactory"; and Valley had failed to stop and render aid to Mr. Munguia or even call 911 to seek help for the man who lay dying on the side of the road because of him.

Judge Sheltzer re-scheduled sentencing in the case for 8:30 am on Oct. 12, and assured the victim's family that under no circumstances would the sentence be any less than nine years, but possibly more after his research on sentencing in similar cases had been completed. 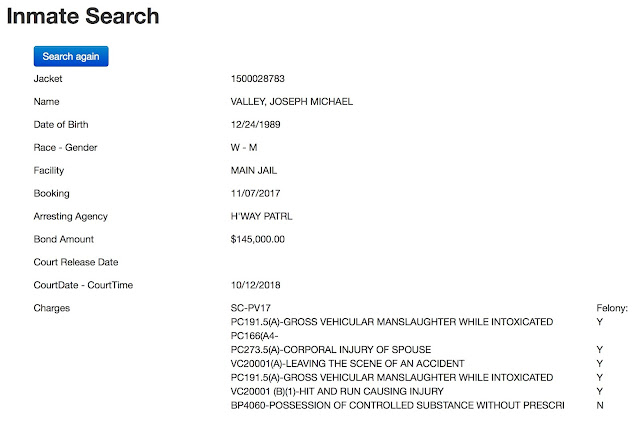 Today we learned that a prison sentence of 11 years was more appropriate for the crime.

Joe Valley's No Contest plea obviated the need for a criminal trial, and with no testimony to be heard by the court, we may never know the full story of exactly what happened on Nov. 7, 2017. 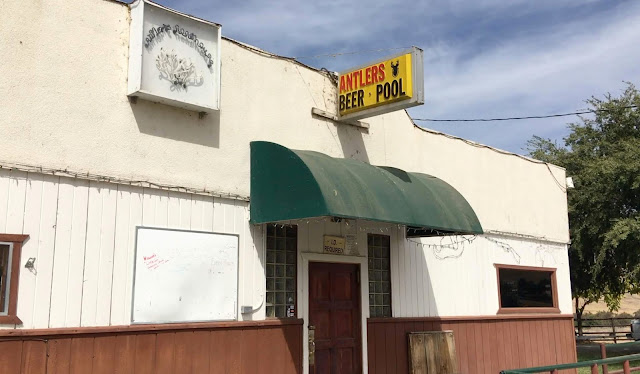 What we do know is that Joe Valley drank at a local bar, The Antlers Roadhouse, some time before the fatal collision with Mr. Munguia, and that witnesses state Valley was already intoxicated when he arrived in his car. It was after he left that his car ran down Munguia.

But Valley told Highway Patrol investigators he had been drinking at a nearby lake earlier that day, and made no mention of visiting The Antlers.

Could there be anything else Valley left out?

Following the fatal collision, Valley's 2005 PT Cruiser was driven straight home to the property on Balch Park Road where he resided with Lubben. Shortly after his wrecked vehicle returned to the Lubben Ranch, Shelley Lubben got behind the wheel of her Jeep and drove off the property alone.

A United Parcel Service driver discovered Mr. Muguia in the road. After witnesses reported seeing a PT Cruiser with a broken windshield and significant front end damage, the UPS driver directed law enforcement to a nearby house where a PT Cruiser was normally parked: the Lubben Ranch.

Highway Patrol officers arrested Valley on the ranch property, and took him to jail. But because Lubben had already left, they were initially unable to interview her.

It turned out that Mrs. Lubben's iPhone was in the car that killed Octavio Munguia.


If Shelley Lubben -- who a witness stated was intoxicated at the time of Mr. Munguia's death -- hadn't been in the vehicle, then what was her cell phone doing in the car that killed Mr. Munguia?

Now that Joe Valley has been convicted and sentenced to prison for Gross Vehicular Manslaughter, we may never know the answer.

UPDATE: Joseph Michael Valley was transferred to Avenal State Prison on October 23, 2018. He is not eligible for parole until May 2023.

Posted by Michael Whiteacre at 12:38 PM No comments: Links to this post

SPRINGVILLE, Calif -- In a development that would be stunning if it related to anyone but Shelley Lubben, the disgraced anti-porn crusader now resides at a local Springville dope house outside of which a man died in a street fight in August. 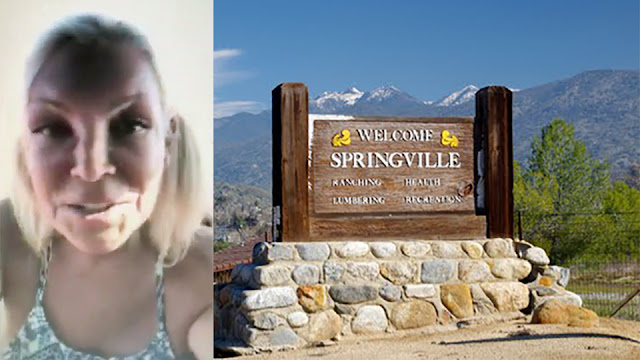 Shelley Lubben's own home burned to the ground in a drug lab explosion on March 16, 2018.

Multiple sources confirm that Shelley Lubben moved into the two-story house on Highway 190, across the street from the Cowpuncher’s Cafe, in September.

The house is where Lubben's local gal pal resides.

After her home was destroyed in a drug lab fire, Shelley first moved into the home of a woman from a local church, and after being kicked out of that residence she relocated to a mobile home park in June.  In September she was asked to leave the mobile home park, too.

The reason for both moves was reportedly her drunken, outrageous behavior.

It was at the house on Highway 190 that Lubben was served with a restraining order by her ex-husband on October 7. A court date of Oct 16 has been set in that matter.

As one source told me, "It is a green two-story house across the street from the Cafe. It has always been a known tweaker house, apparently Section 8 housing. As long as I can remember tweakers have lived there."

"It’s a known Section 8 tweaker house. People are in and out of there allllll day long," the source said.

"There has been a lot of drama with [Lubben's female friend]. Two guys got into a fight over her right in front of Cowpuncher’s over a month ago and one hit his head on the ground and died. His name was Sean Campbell."

A man named David Alan Baker punched him, "and he hit the concrete and went kuplurk," a source reported.

Shelley hadn’t yet moved in there. At the time of her boyfriend Joe Valley’s court hearing on Sept. 14, Shelley was still moving her stuff in.

Shelley claims it's only temporary -- because she's having her trailer winterized!

So, David Baker hit a guy which ended up killing him, and then a few weeks after that he got stabbed by somebody at Gifford’s market. He is now in court-ordered treatment.

David Baker was charged with felony Burglary and Robbery in April 2017, and pleaded 'No Contest' to felony charges of Domestic Violence, as well as misdemeanor narcotic use in December of that year.

Baker has a lengthy criminal history and has been a felon since at least 2004. He is now facing other charges and has a court date set for October 23, 2018 in Porterville.

Shelley Lubben's boyfriend Joe Valley is due back in a Porterville court October 12 for sentencing in the hit-and-run DUI killing of cyclist Octavio Munguia in 2017, while on the way to Shelley Lubben's ranch home.

Shelley Lubben's iPhone was found in the vehicle that killed Munguia.

Posted by Michael Whiteacre at 10:12 AM No comments: Links to this post