Porterville, Calif -- The August 17, 2017 trial date in the criminal case that anti-porn scamster, perjurer and adulteress Shelley Lubben caused to be launched against her husband of two decades was postponed earlier this month. A preliminary hearing in Tulare County Superior Court is now set for August 28, at which the Lubbens' appearance will not be required.

Reader's note: the trial date was subsequently pushed all the way to January 2018. 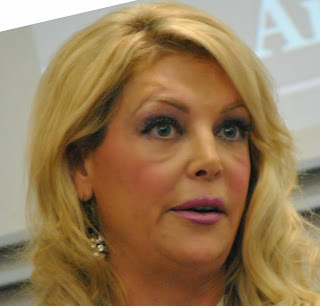 If the charges against her ex are not summarily dismissed, a new trial date is expected to be set at the hearing. And so it will be there, in that unlikely spot, that a dreadful era might come to a close as Shelley Lubben will find herself on the witness stand in a criminal trial where her credibility and veracity are to be judged. On that as-yet-unannounced date, Shelley Lubben, the ever-vindictive "rebel prophet" of the (now defunct) Pink Cross Foundation, will try to see to it that her ex-husband is convicted of domestic battery.

As is the norm for her, Mrs. Lubben has changed her story since the alleged events of September 8 and October 8, 2015 -- signing a written declaration under penalty of perjury on November 5, 2015, then seeking to retract it after Garrett refused to reconcile with his pill-popping, abusive ex, or give her any more money.

The case stands or falls on Shelley Lubben's credibility.

In February 2017, following a disastrous courtroom performance by Shelley, Garrett was exonerated of felony bribery charges initiated by his disgruntled ex in 2016, when Judge Michael B. Sheltzer ruled that the iPhone video clips directed and filmed by Shelley during her divorce negotiations with her then-husband did NOT capture an attempt to bribe Mrs. Lubben. 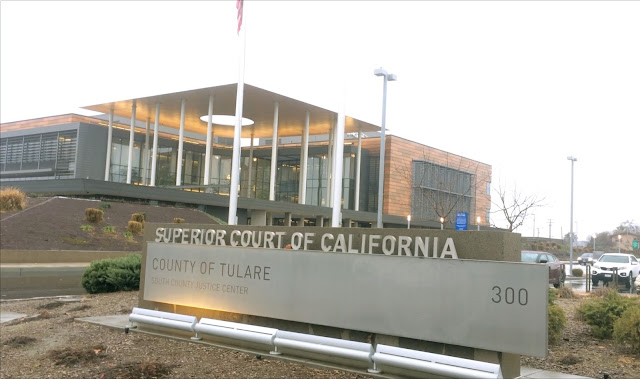 Insiders say that Mrs. Lubben is in for some big surprises at her husband's trial, as individuals from her past and present vie for spots on the witness stand to tell the jury all about who the accuser Shelley Lubben really is -- and what she is capable of.

It's truly difficult to overstate just how much her victims and other former associates have looked forward to the opportunity to place Mrs. Lubben's spectacular misdeeds on the public record whilst handing her yet another humiliating defeat (and possibly a perjury charge).

Updates to be posted as they become available.
Posted by Michael Whiteacre at 3:59 PM No comments: Links to this post