Disgraced anti-porn crusader Shelley Lubben has fallen to the bottom, and she's working her way down 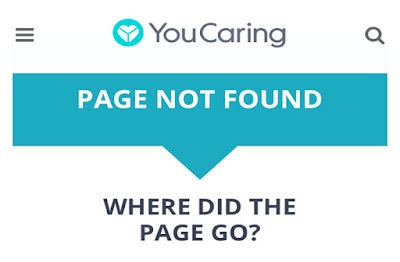 Springville, Calif. -- At approximately 5:00 a.m. on Friday, March 16, 2018, an explosion and fireball ripped through the ranch home of Shelley Lubben, leaving its residential structures leveled and engulfed in flames.

Lubben, 49, who has resided at the so-called "Lubben Ranch" at 45117 Balch Park Road near Highway 190 since 2015, was home at the time, but escaped without serious injury.

The blast came from the side of the 6-bedroom structure that had blacked-out windows. Two residents, a man and infant son, were airlifted to a local hospital for treatment of severe burn injuries. The man's pregnant wife was listed as in "fair condition".

The Tulare County Sheriff's Office stated that due to "the suspicious nature of the fire", detectives from the Marijuana Investigation Team were dispatched to the scene. Two butane canisters were discovered, and authorities now say the cause of the fire, still officially under investigation by the Tulare Area Gang and Narcotics Enforcement Team (TAGNET), is a drug lab explosion.

On Facebook, Lubben and one of her followers came up with the idea of a creating a means for supporters to send Lubben cash.

No fundraiser was considered to help the charred infant, for whom Shelley said she was "praying".

About four days ago, over the weekend of March 24-25, the fundraiser went live. 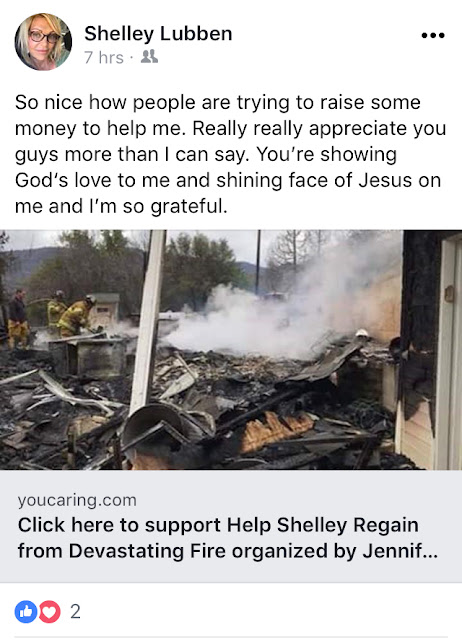 As it turns out, after losing her shofar and her liquor collection in a drug lab explosion, not very many people wanted to help the scandal-plagued Lubben after all.

Several days in, the campaign remained stalled at a mere $330. 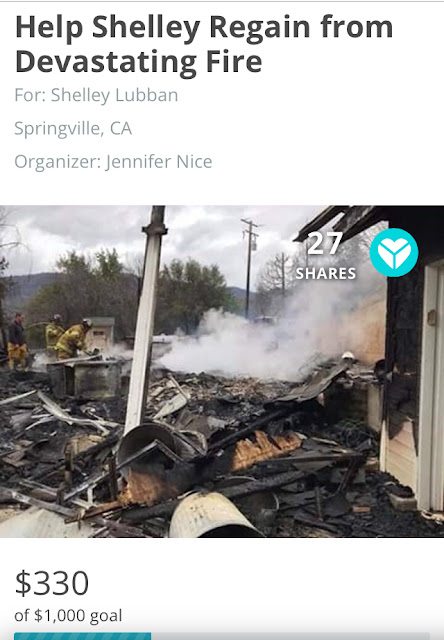 Compare this to the fundraiser, launched on the very same web platform, for the family of beloved adult performer and cameraman Barry Wood: 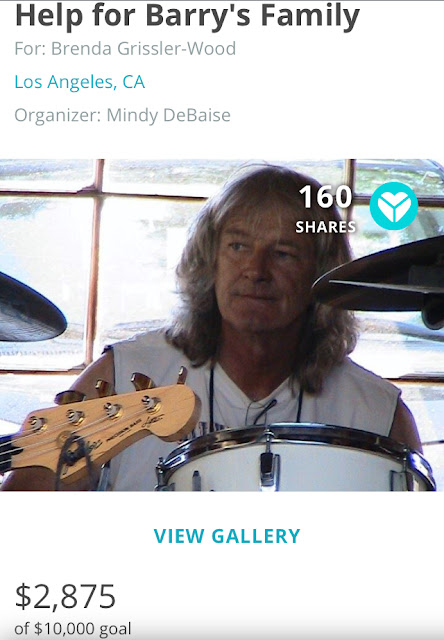 Then on Wednesday, March 28, the embarrassing failed fundraiser was removed suddenly. 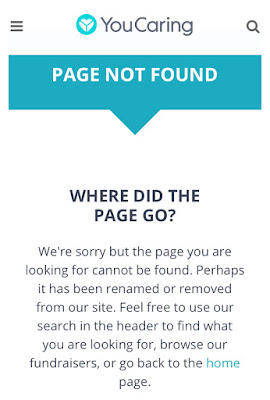 It appears that Shelley had it right when she texted her ex-husband Garrett (after cheating on him with ranch worker Joe Valley and losing her family): 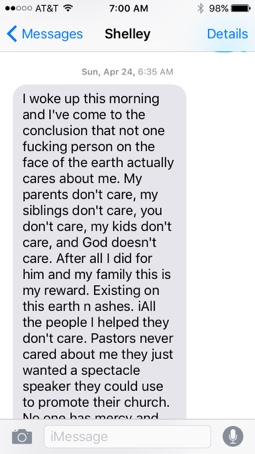 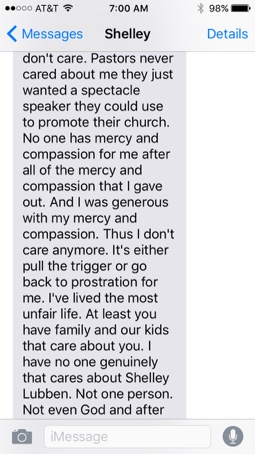 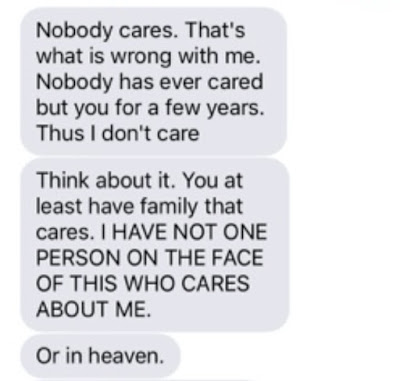 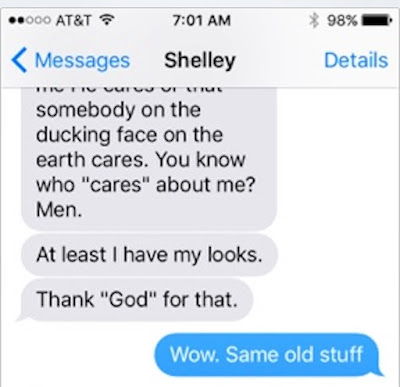 The latest twist of fate in the tumultuous life of Shelley Lubben has left many contemplating how she could have fallen so far. 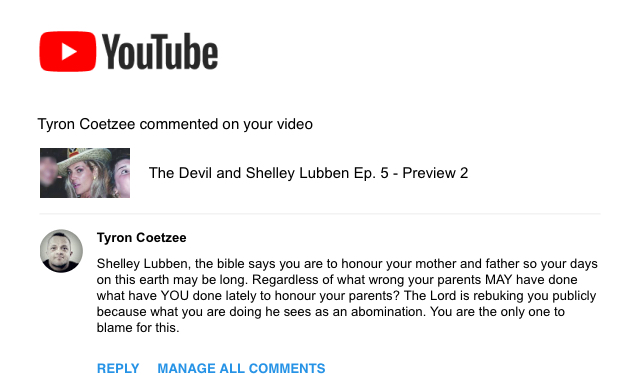 It would appear that more and more people now see through Shelley Lubben, and that the last remnants of her tattered reputation also went up in smoke on Balch Park Road. 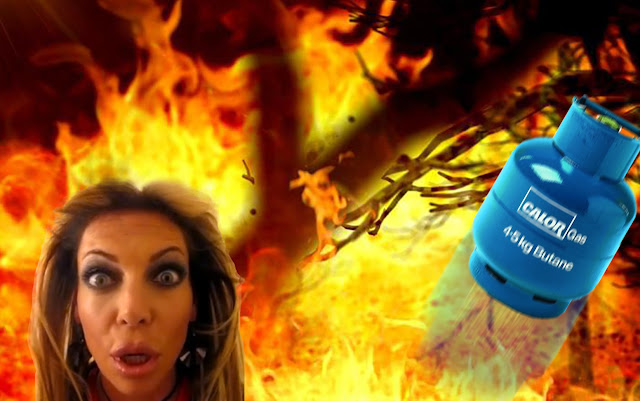 Posted by Michael Whiteacre at 5:42 PM