Munguia v. Lubben is the kind of case that can net a multi-million dollar judgement in California.


Visalia, Calif. -- The family of cyclist Octavio Munguia, who was killed in a DUI hit-and-run collision with Shelley Lubben's car while her boyfriend Joe Valley was behind the wheel, has sued the couple for wrongful death in Tulare County Superior Court.


A death on the highway

On November 7, 2017, Joe Valley left the home he shared with disgraced anti-porn crusader Shelley Lubben in a PT Cruiser she had purchased, and insured through USAA. Official reports and local sources say Valley was out running errands for Lubben, and was supposed to attend his court-ordered Domestic Violence class.

What he accomplished that day is not known, but what we do know is that he drank at a local bar, The Antlers Roadhouse, and witnesses state Valley was already intoxicated when he arrived in his car.


It was after he left that his car ran down Munguia on Balch Park Road south of Battle Mountain Road.

Valley told Highway Patrol investigators he had been drinking at a Lake Success earlier that day, but made no specific mention of visiting The Antlers (which stands near the lake's northeastern edge).

Following the fatal collision, Valley drove the 2005 PT Cruiser straight home to the property on Balch Park Road where he resided with Lubben. Shortly after his wrecked vehicle returned to the Lubben Ranch, Shelley Lubben got behind the wheel of her Jeep and drove off the property alone.

Highway Patrol officers arrested Valley on Lubben's ranch property, and took him to jail. But because she had already left, they were unable to interview Lubben, who had driven to a friend's house.

It turned out that one of Mrs. Lubben's iPhones was in the car that killed Octavio Munguia.

On October 12, 2018, Joe Valley was sentenced to 11 years in a California state prison for Gross Vehicular Manslaughter While Intoxicated and Leaving the Scene of an Accident in the criminal case of the DUI hit-and-run killing of Mr. Munguia. 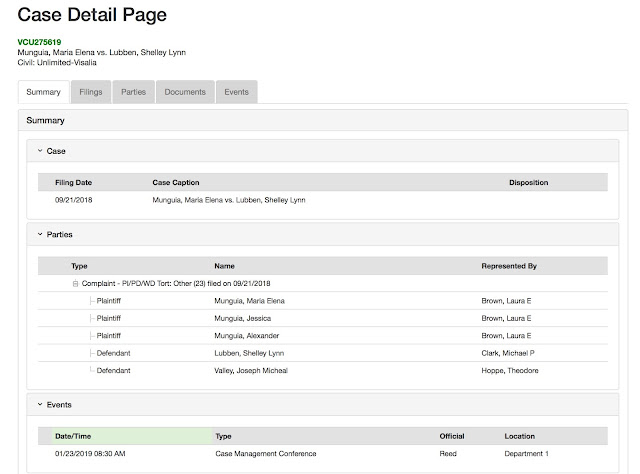 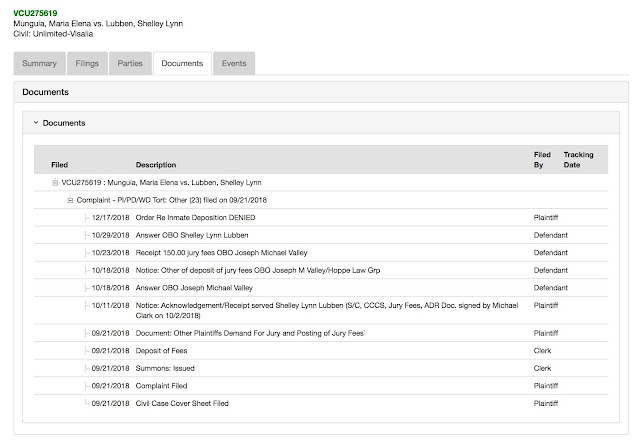 The following file copy of the Summons and Complaint is dated February 2018, so perhaps the family re-filed in September.

It asserts (accurately) that Shelley Lubben entrusted her vehicle to Valley. In this instance, Valley was running errands for Lubben. He also had a history of driving while intoxicated, of which Lubben was well aware. 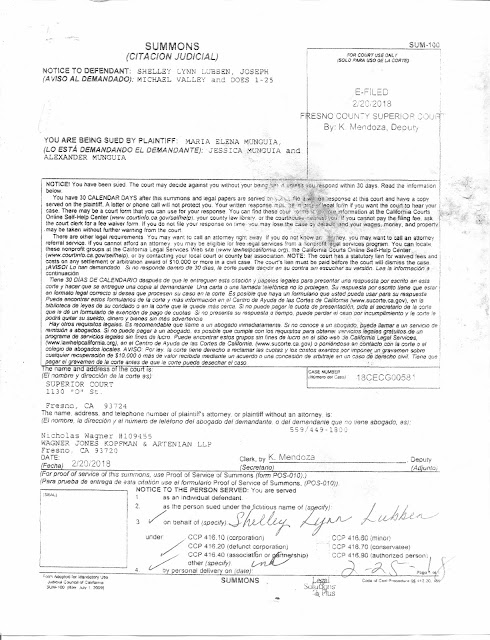 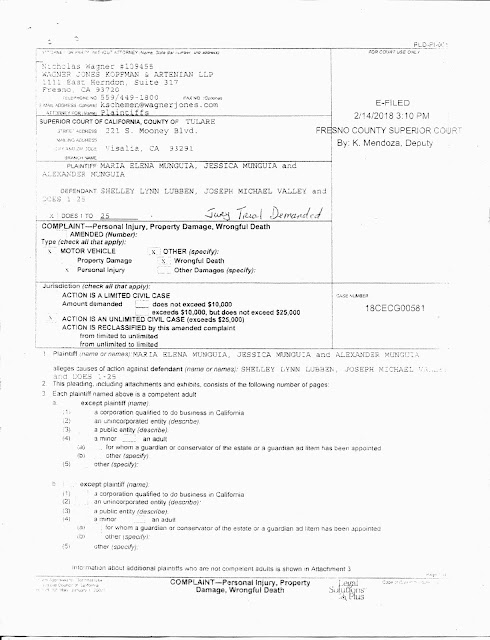 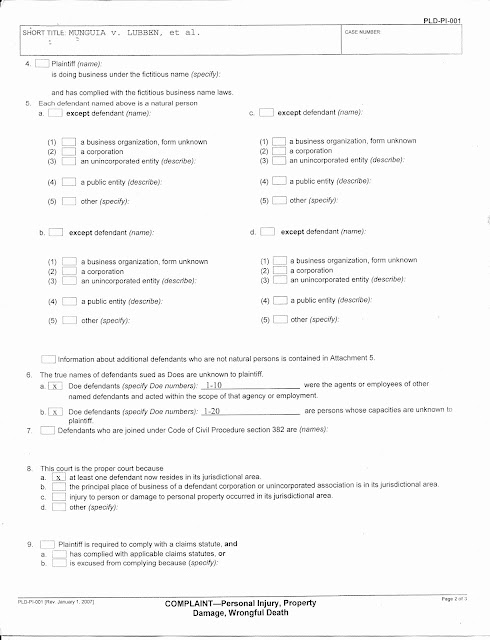 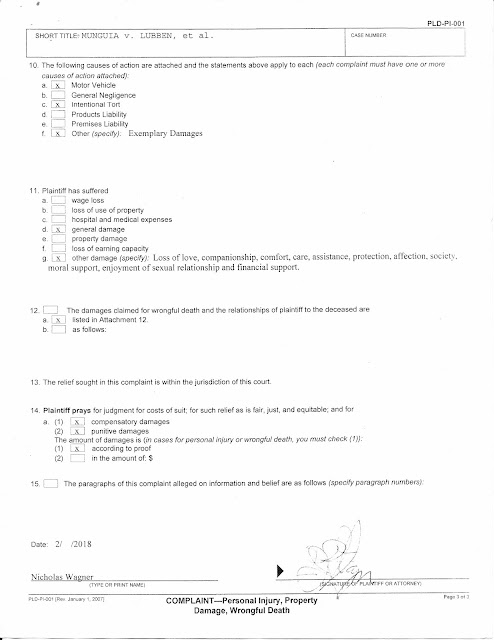 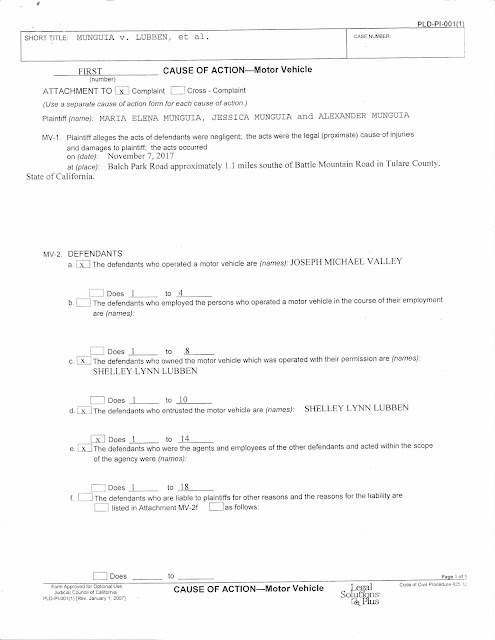 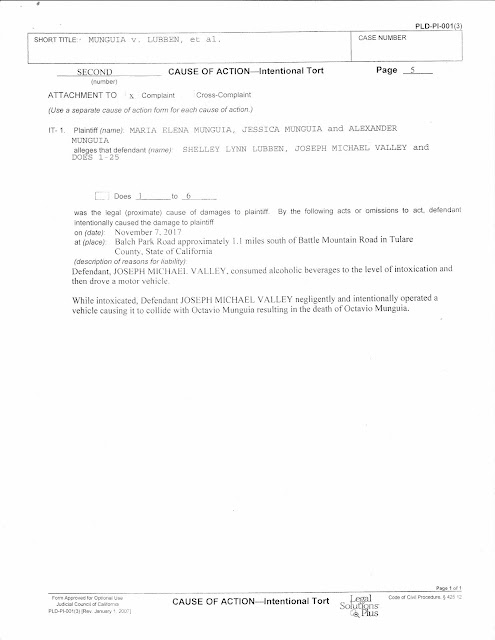 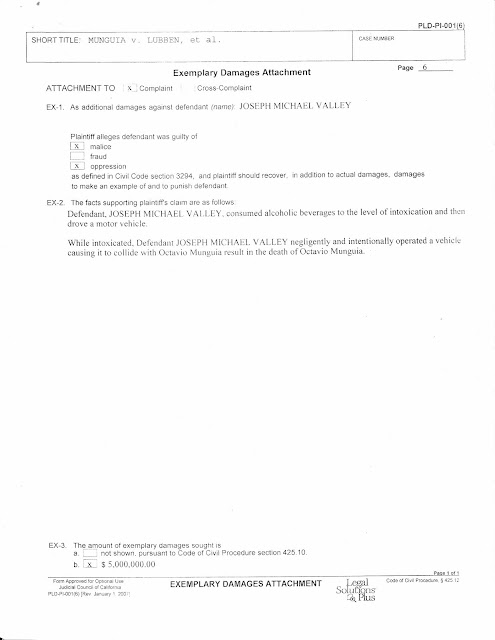 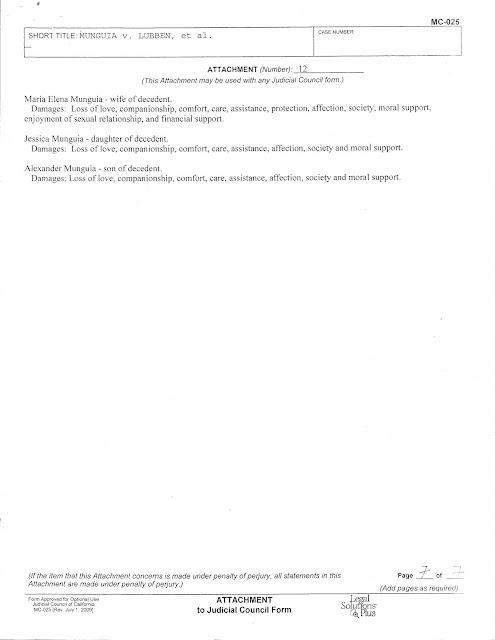 Posted by Michael Whiteacre at 2:24 PM