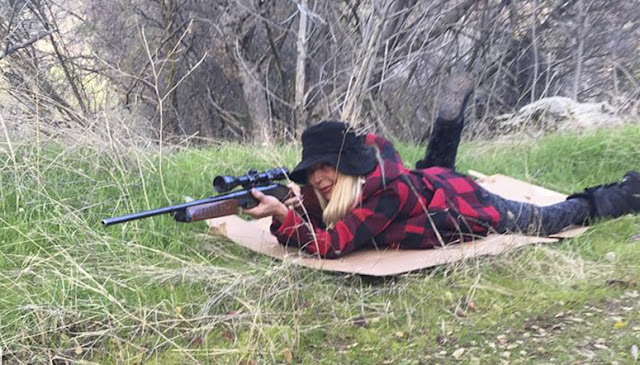 Bakersfield, Calif. -- It would appear that the fat lady has finally sung for manipulative scamster Shelley Lubben.

These court documents, handwritten and filed by her husband of more than 21 years, lay out a broad range of despicable (and illegal) behavior. The revelations are, in a word, breathtaking.

Click on the images to enlarge them, if necessary.

The hearing for Garrett and his daughters' plea for protection will be heard tomorrow morning, Tuesday, Aug. 2, 2016, in Bakersfield.

It am informed it is expected that Shelley will walk in doing what she does best (playing victim), and make a plea to confiscate her daughter’s jeep which happens to be in her name. Regardless, there's little doubt she will do her best to turn the event into a tragic circus show. 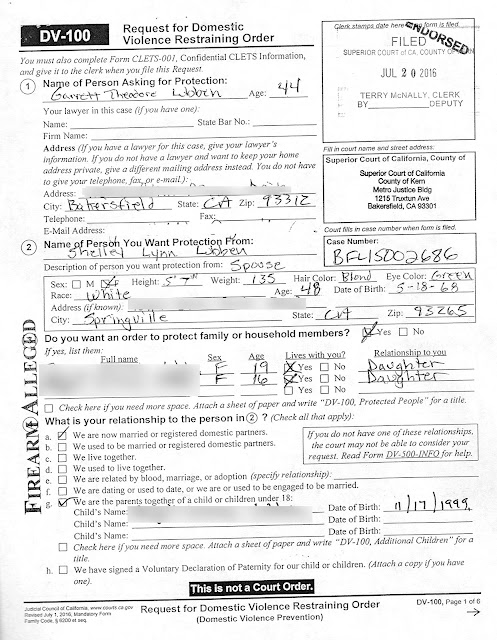 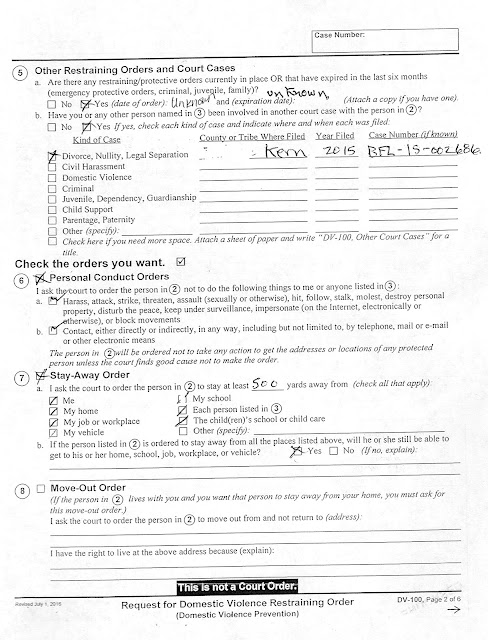 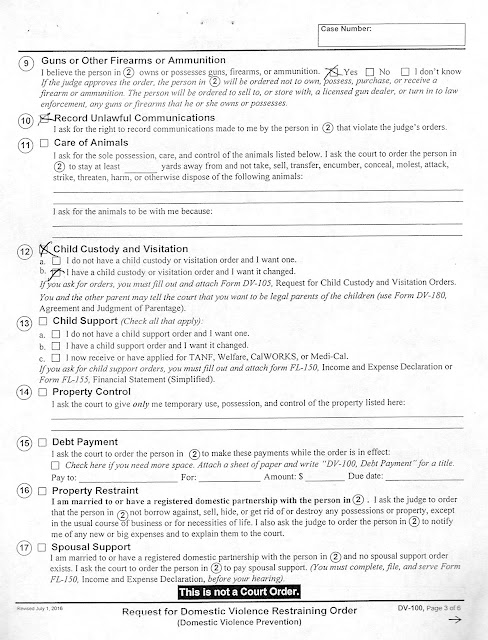 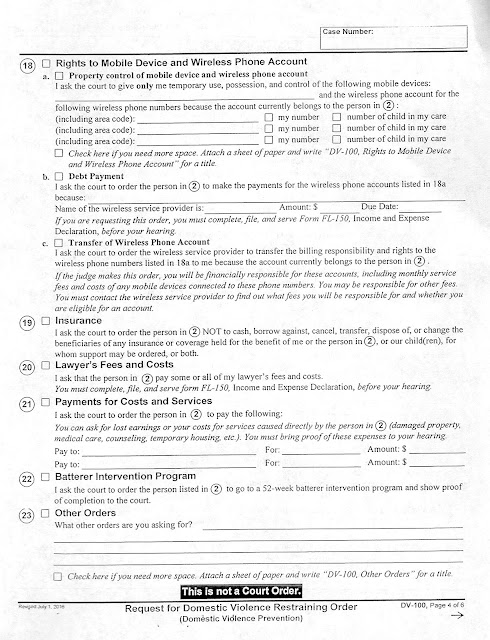 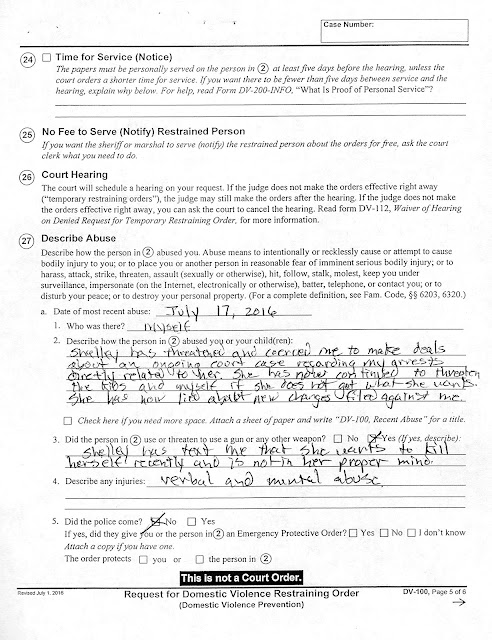 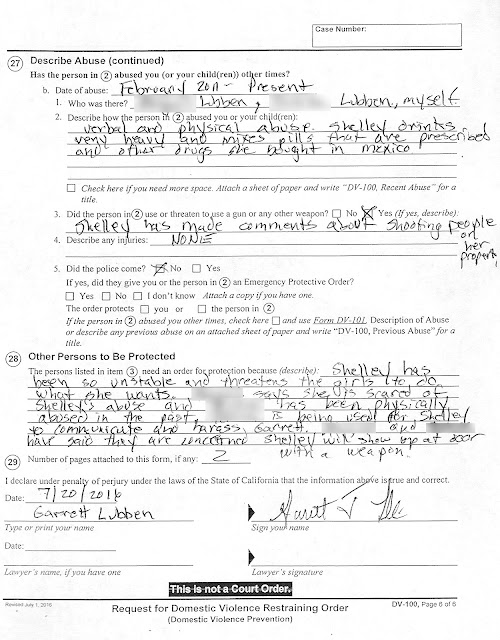 Upon her return to the states she wrote her "team" this letter, and then checked into a psych ward. 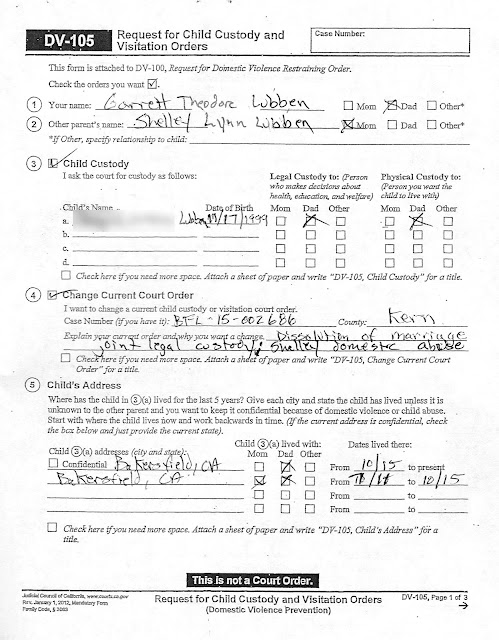 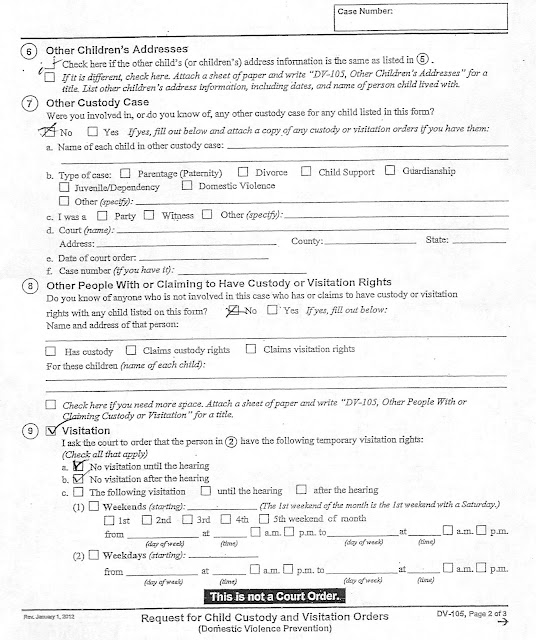 Garrett was granted the Temporary Restraining Order (TRO), and Shelley was served with the order and a Notice to Appear tomorrow at 8:30 am in Bakersfield. 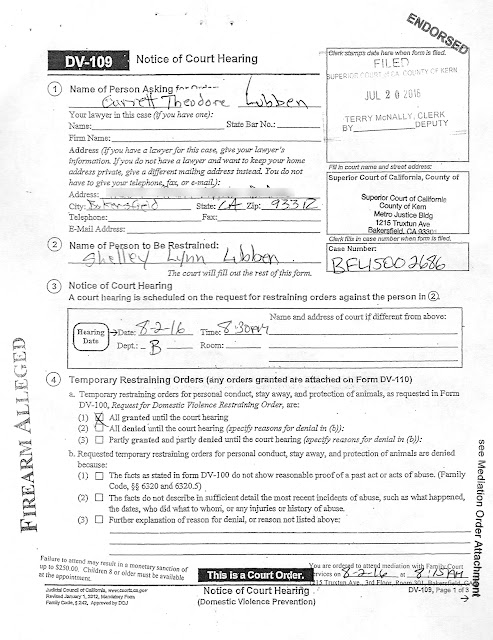 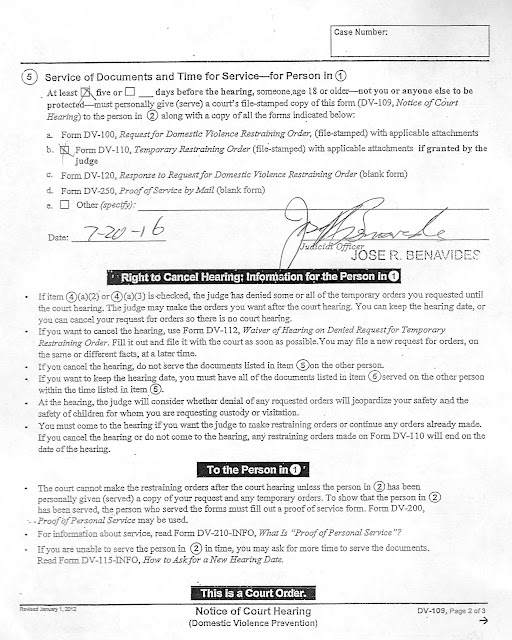 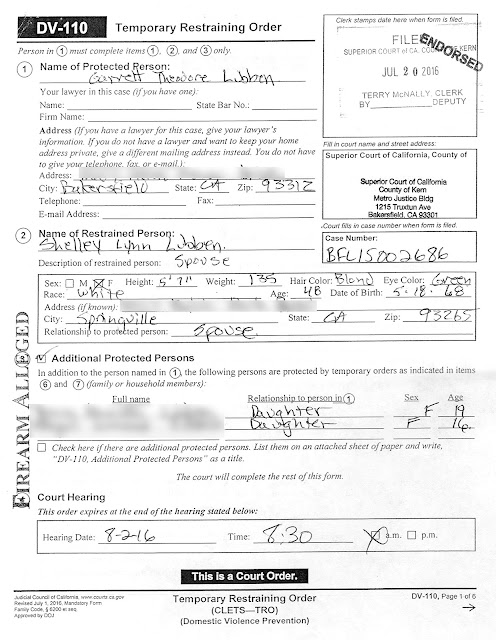 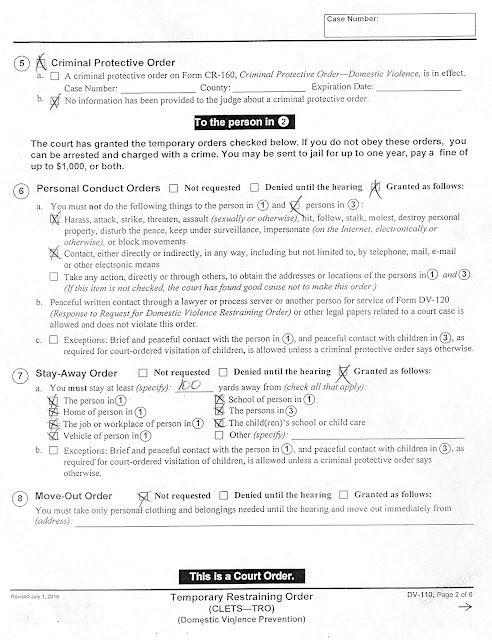 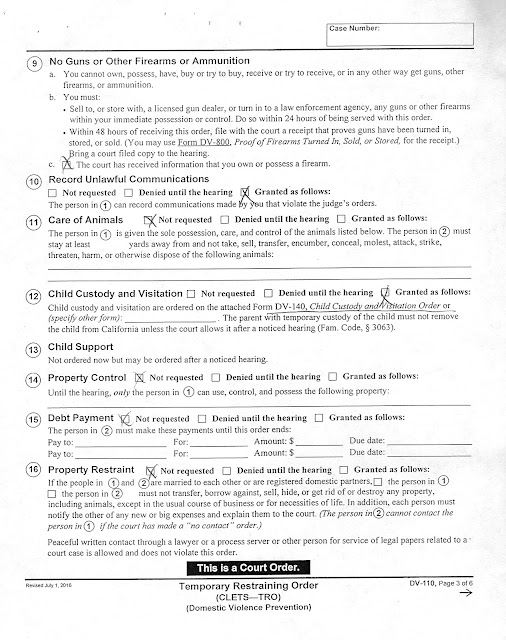 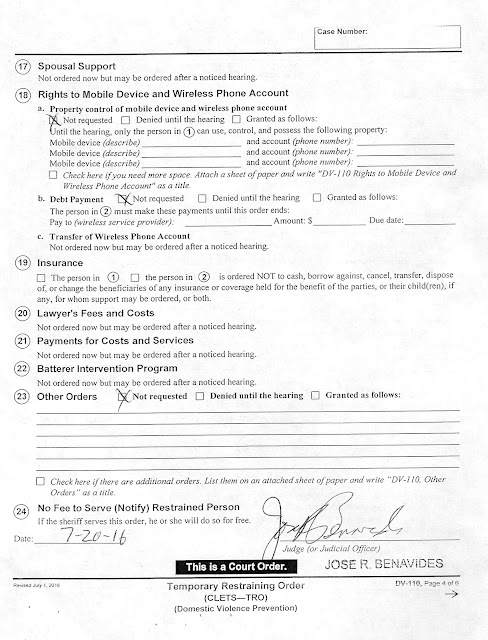 Many of the abbreviations in the order are explained in our previous post.

Posted by Michael Whiteacre at 6:17 PM