"I Will F@cking Kill You": Hear Shelley Lubben Threaten a Springville Woman; ARREST Warrant Imminent as D.A. Picks Up the Case 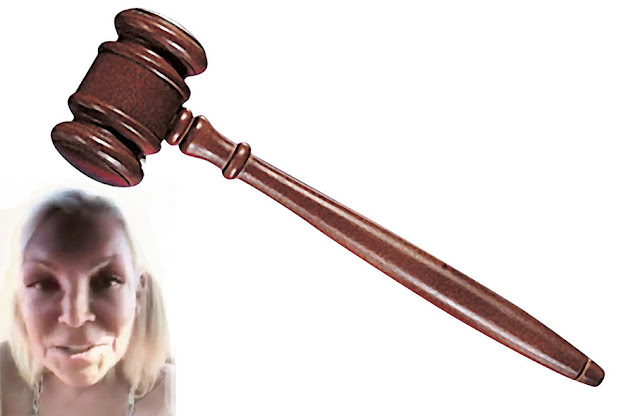 Here is a recording of that profanity-laced telephone call:


Note that Shelley Lubben brags about working "with the FBI" -- something that no one who actually works with the FBI would ever, or could ever, reveal.

The victim in this case is a local single mom who had once lived under the same roof as Shelley Lubben -- before Lubben was kicked out of the house for "erratic behavior and constant drinking." Ms. Lubben currently resides in a Lemon Cove, Calif. trailer park.

The victim has since received a temporary restraining order against Lubben, and the Tulare County District Attorney has picked up the felony Criminal Threat case. An arrest warrant is expected to be issued soon. 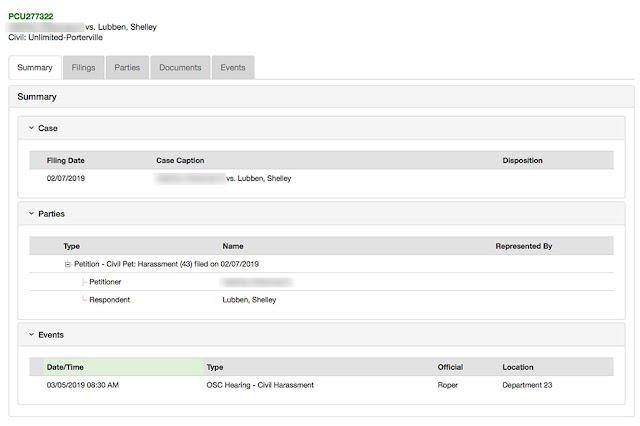 In related news, a separate three-year restraining order (the maximum permitted under California law) was issued against Shelley Lubben on January 29 in Tulare Superior Court. Lubben did not appear in court that day, but had been served with the civil harassment Temporary Restraining Order while she drank at the Antlers Roadhouse Thursday afternoon, January 3.

The order was granted after another local woman (then housemate of the woman whose life was threatened by Shelley Lubben) petitioned the court on behalf of herself and her 13-year old daughter, detailing "continuous and ongoing" threats and harassment since Lubben was told to leave their premises in November due to her "erratic behavior and constant drinking".

The Petition and supporting documentation filed Jan. 2 by the Springville woman also alleged incidences of theft, vandalism, trespassing, intimidation, and driving under the influence by Shelley Lubben.

While claiming to be a Christian minister of the gospel, as well as a holy prophet, Ms. Lubben has publicly asserted that she has been sober -- and miraculously cured of all her physical and mental infirmities -- for nearly two decades.

It is notable that Shelley Lubben was served at a bar just one day after she told a Bakersfield court that she had the flu and was too ill to attend the proceeding.

The following statement from the victim was filed with the court along with the petition for the order against harassment. It is quite devastating. (Please excuse the quality of the following images; I don't have a document scanner where I am right now and had to rely on photographs of the pages.)


"Shelley Lubben has made threats of violence to me and threats to me through family and friends . . . . The harassment has been continuous and ongoing since she was asked to leave my residence a month ago due to her erratic behavior and constant drinking. She has caused damage to my property and [a] neighbors' because she would operate her vehicle extremely intoxicated. . . ."


The victims' statement also alludes to Lubben's New Year's Eve trespass on the grounds of the victims' home, which resulted in a report being taken by Deputy E. Lemoine of the Tulare County Sheriffs on Dec. 31 -- the third report taken by the sheriffs while investigating claims that Mrs. Lubben has trespassed, robbed and vandalized the home and/or grounds, as well as harassed and threatened the residents.

The following exhibits were filed along with the petition for the temporary restraining order. They document an extremely manipulative and downright creepy series of text messages between Lubben and her former friend's 13-year old daughter. She attamepts to bribe the minor into letting her break into her mom's house.

Along the way, Lubben also appears to acknowledge her own notorious addiction to benzodiazepine tranquilizers. 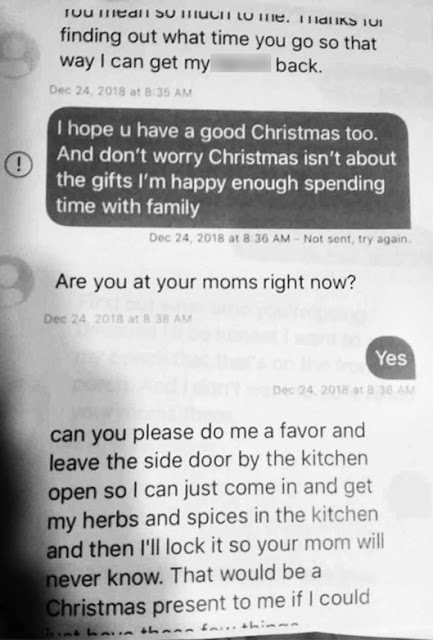 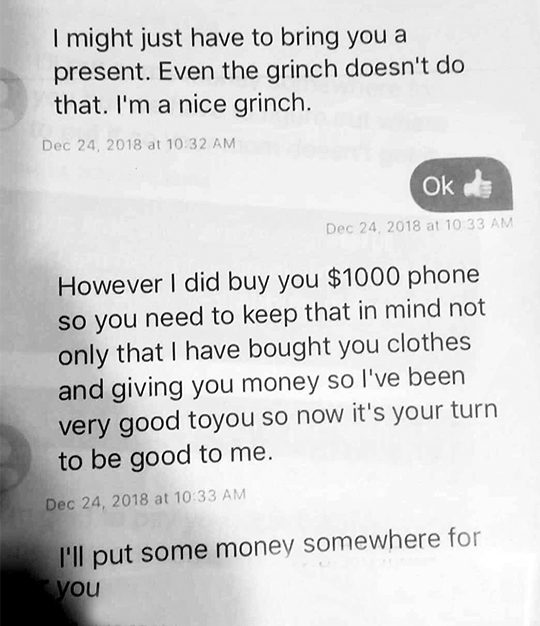 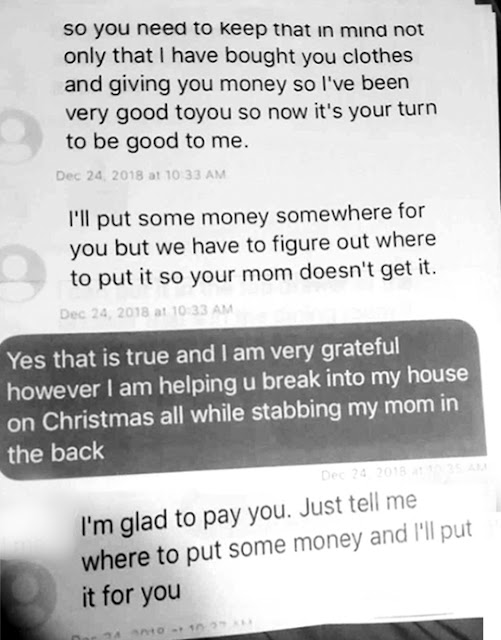 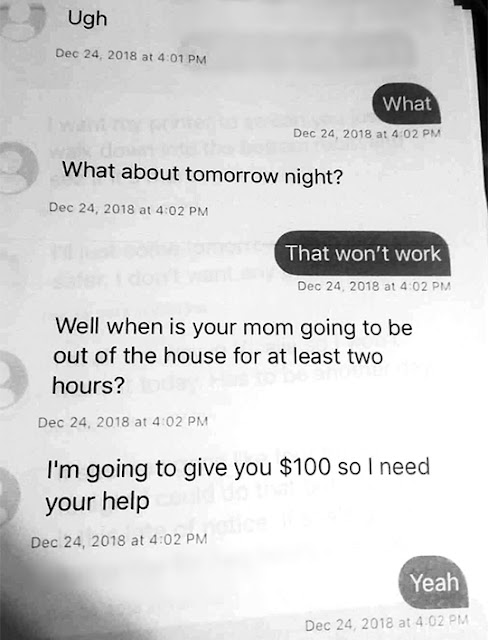 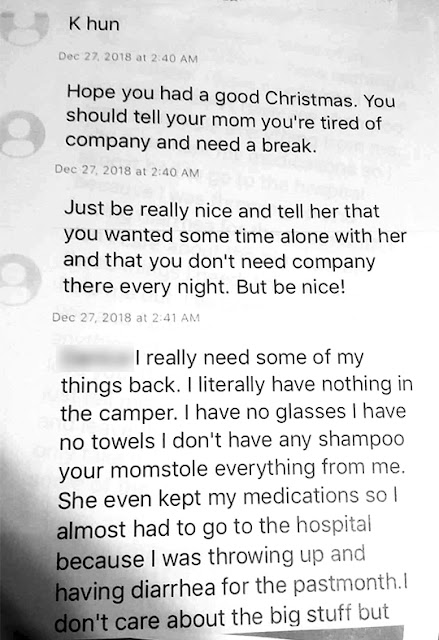 Yet another restraining order

Shelley Lubben had a third restraining order issued against her in San Diego County on February 5, and that event will be the subject of its own blog post.
Posted by Michael Whiteacre at 10:04 AM